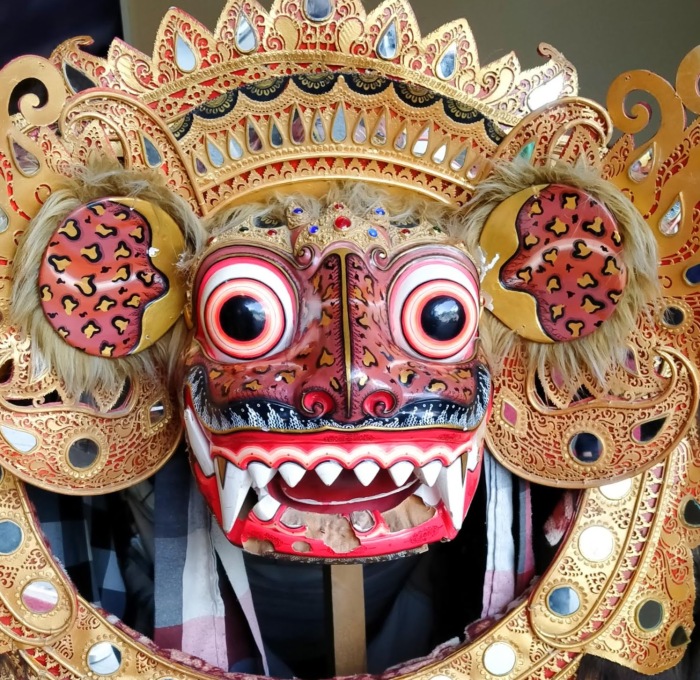 Do you love traditional music and dance?

How about an exotic island in South East Asia with beautiful beaches, temples and a unique culture rich in tradition unlike any other?

If you said yes to both, then Bali should be your next stop in the world.

Every year in June, the Balinese Arts Festival, also known as Pesta Kesenian Bali, takes place in the capital for an entire month and showcases the best of the best of Balinese art and traditional music and dance.

First held in 1979, it was originally created to promote Balinese culture, as well as to encourage people, both Indonesians and other visitors, to explore and discover the artisitic contributions of the Balinese people. It is the country’s longest running arts festival and definitely one of the most spectacular in all of Indonesia’s 17,000 islands.

Along with live music and exquisite dance performances, the Balinese Arts Festival also holds competitions, seminars and art exhibitions full of paintings and sculptures and traditional handicrafts on display.

And not to mention a vast amount of delicious Balinese cuisine available.

The festival typically begins on the second Saturday of June and runs till mid-July, with the month-long celebration taking place in Denpasar.

The festivities start with a grand parade on the grounds of Bajra Sandhi Monument, a place dedicated to the hardships and struggles of the Balinese people. The event then moves to the Bali Arts Center, also known as the Werdhi Budaya Art Center, where there are mutiple open air performance stages.

If you’re not familiar with with Balinese music and dance, as I was initially, don’t you worry.

Cause’ I’m gonna fill you in with a small introduction into the deep and complex world of this Balinese art.

Firstly, let’s talk about the beautiful and mesmerizing Gamelan music of Bali that accompanies most Balinese dance performances.

Gamelan is the traditional orchestra of the Javanese, Sundanese and Balinese people, which is mainly made up of percussion instruments. The more common instruments comprising the gamelan ensemble are metallophones of all different sizes and registers, which are struck with mallets, along with hand-played drums, xylophones, flutes and rebabs, a bowed stringed instrument.

Balinese Gamelan in particular, is also known as Gong Kebyar, and is characterized by explosive changes in tempo and dynamics and is different from other gamelan genres throughout Indonesia.

Some of the unique instruments that make up a gamelan orchestra are: Bonang, Gender, Gongs, Peking, Saron and the Kenong, just to name a few.

The drum that is played with the hands is called a Khenghang and its main job is the keep the beat of the piece being played.

Despite the major Hindu influence throughout Indonesia, and Bali in particular, the gamelan and its instruments were around long before the introduction of Indian culture. Therefore making its artform uniquely Indonesian.

Gamelan can be described as busy, noisy, hypnotic and sometimes eerie.

And personally…I love it.

It’s texture really is unlike any Western music and its complex layers at different pitches are a distinctive feature, though interestingly enough, it is largely monophonic (One melody).

For a beautiful example of Balinese Gamelan music, click here:

Balinese dance is by far one of the most complex and beautiful dances in the world and it is as old as Bali itself. Fancy footwork, elaborate hand movements and the use of facial expressions are some of the most noticable things in Balinese dance, making it a real pleasure to watch.

We won’t delve too much into it, as there are a lot of dances and variations in Balinese culture and it can be pretty deep.

Here are a few examples you may encounter at the Bali Arts Festival:

Legong, is a refined dance that is accompanied with gamelan music and is characterized by complicated footwork, expressive facial gestures, jerky eye movements and slow elaborate finger movements. Legend has it that a prince from Sukawati had a vivid dream about two girls dancing to gamelan music and when he awoke he ordered the dances to be performed. Another legend is that two little girls were possessed by good spirits in a ceremony. There are more than 15 types of Legong dances and some can be up to an hour long.

A social dance for entertainment where a single or several ladies dance onstage and invite men from the audience to dance with them. The dance is light and playful, yet with much teasing and erotic movements. It can also be humorous as well, with the male dancer trying to court the female and then usually getting rejected. The male will then either continue to seek her love or in some cases ignore her, where she’ll become desperate for attention and seek the male. He may even playfully spank her after all of the love games. (Heyyyyyy.) Many times the male dancer would give the female dancer some money at the end of the performance, and another male dancer would then jump onstage and perform his dance.

An interesting dance based from the Ramayana, tells the story of the abduction of Rama’s wife, Sita, by the evil King Ravana and Rama’s fight to save Sita with the help of Jatayu, followed by Hanuman and his army. Jatayu gets injured and then Hanuman gets captured to be set on fire, yet manages to escape. The story ends with the battle between Rama and Ravana. The interesting thing about this dance is that the music is completely acapella. About as many as 150 barechested men wearing checkered clothes around their waist chant repeatedly, “Chak, chak, chak, chak…” These men play the role of Rama’s army, as well as Ravana’s army. One place to see this spectacular performance is at Uluwatu Temple which is performed as the sun is setting against the gorgeous backdrop of the Indian Ocean.

A dance which represents the never-ending battle between good and evil is depicted in this marvelous performace by Barong and Rangda. The benevolent lion-like Barong, is the King of Spirits and battles agains the child-eating Demon Queen Rangda, who represents evil. Rangda casts black magic to some male dancers which puts them in a trance and makes them commit suicide with their own kris. Barong then interferes and places a magic spell on the men which make them invulnerable to the daggers, protecting them. Barong and Rangda then finish the show with a battle and Rangda’s evil is defeated.

A group of sacred traditional war dances performed with gamelan, shows the feelings of the young men before entering battle and honors the Balinese warriors. The dance can either be performed solo or with a group of other people imitating the warriors moves. The dance are usually performed with a variety of weapons, such as the kris, bow, spear etc. and the dance is often named after the weapon that is being used.

A dance usually performed by young girls carring bowls of flower petals which are floral offerings in order to purify the temple and is sometimes perfomed as a prelude to other Balinese ceremonies and dances. The Pendet dance, which is one of the oldest dances in Bali, is also seen as a sort of welcoming dance to the audience and spirits.

For a spectacular example of some of the dances mentioned here, along with others, click here:

And that’s pretty much it!

A lot of fantastic food.
Traditional music and
beautiful Dance for an entire month!

Keep in mind that Bali is well known for having many traditional ceremonies and festivals throughout the year, but if you happen to be there around this time of year, trust me when I say,
that you’ll be in for a real treat!

Just heard that it's gonna be an especially, brutally cold winter. ❄️ ❄️ ❄️
N.Y.C.
It's been 7 months now since I've left
İnside the insides of N.Y.C
Shots from Coney Island from a month ago.
Alwyn Court, close to Central Park and regarded as New York's "Most Ornate Building." Completed in 1909, it is a wonderful example of French Renaissance architecture here in the city.
Flushing, Queens MDFK.
"Rocket Thrower," also for the New York World's Fair in 1964, this statue was created by Donald De Lue and depicts the relationship between man and space and his desire for it's exploration.
To Flushing, Queens.
A New York City landmark since 1995, the Unisphere at Flushing Meadows-Corona Park was built as the symbol for the New York World's Fair in 1964/1965.